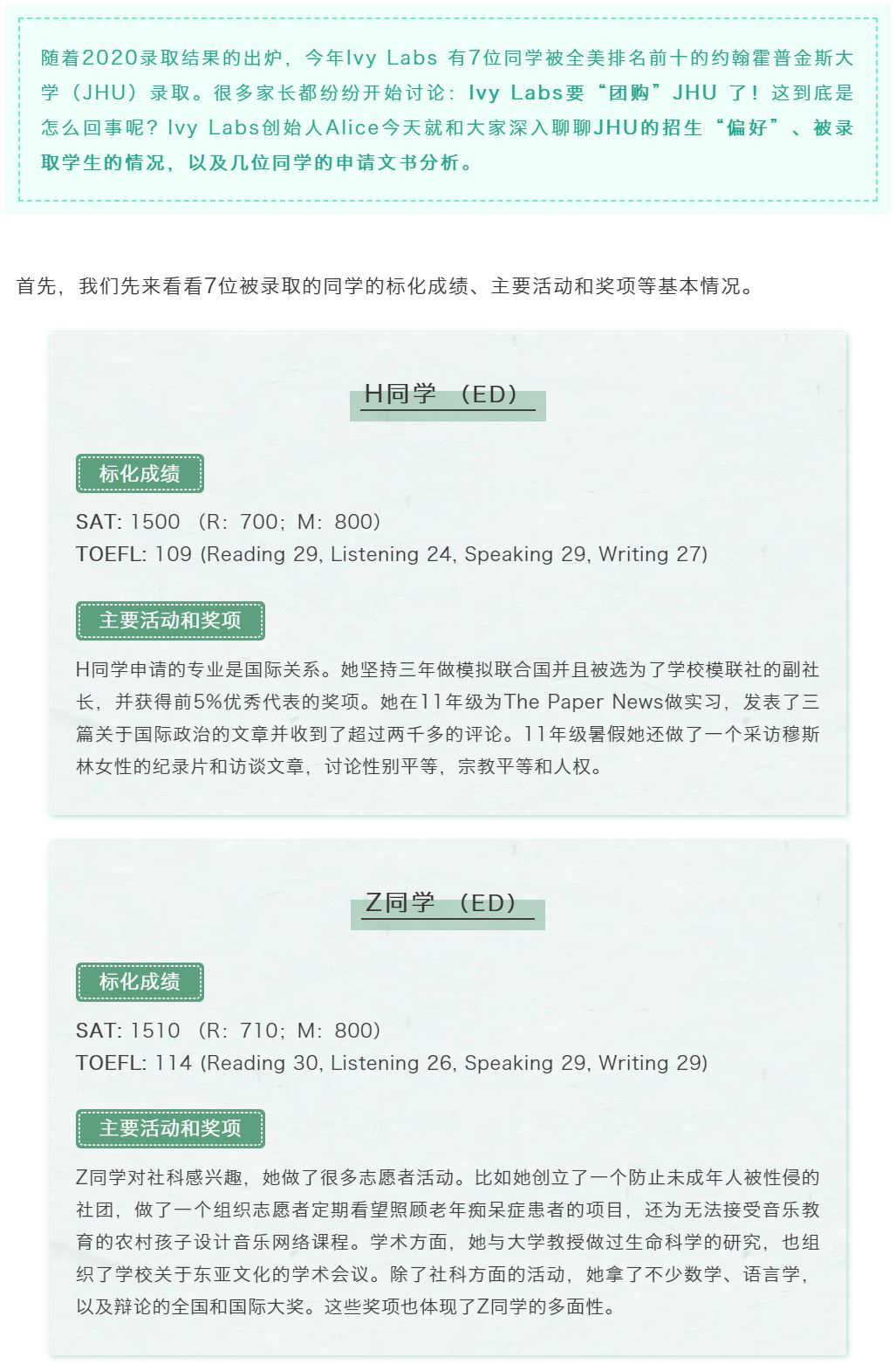 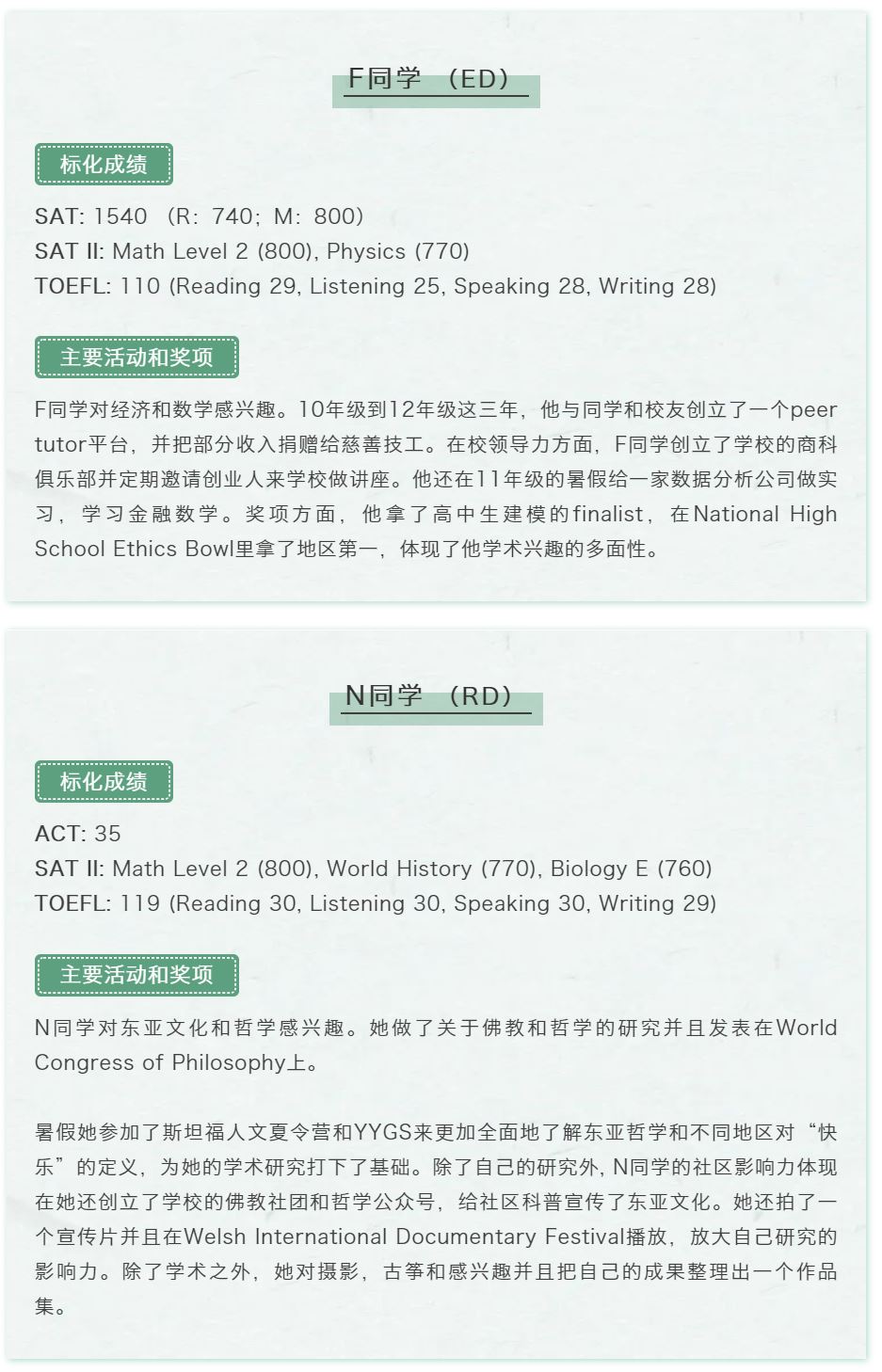 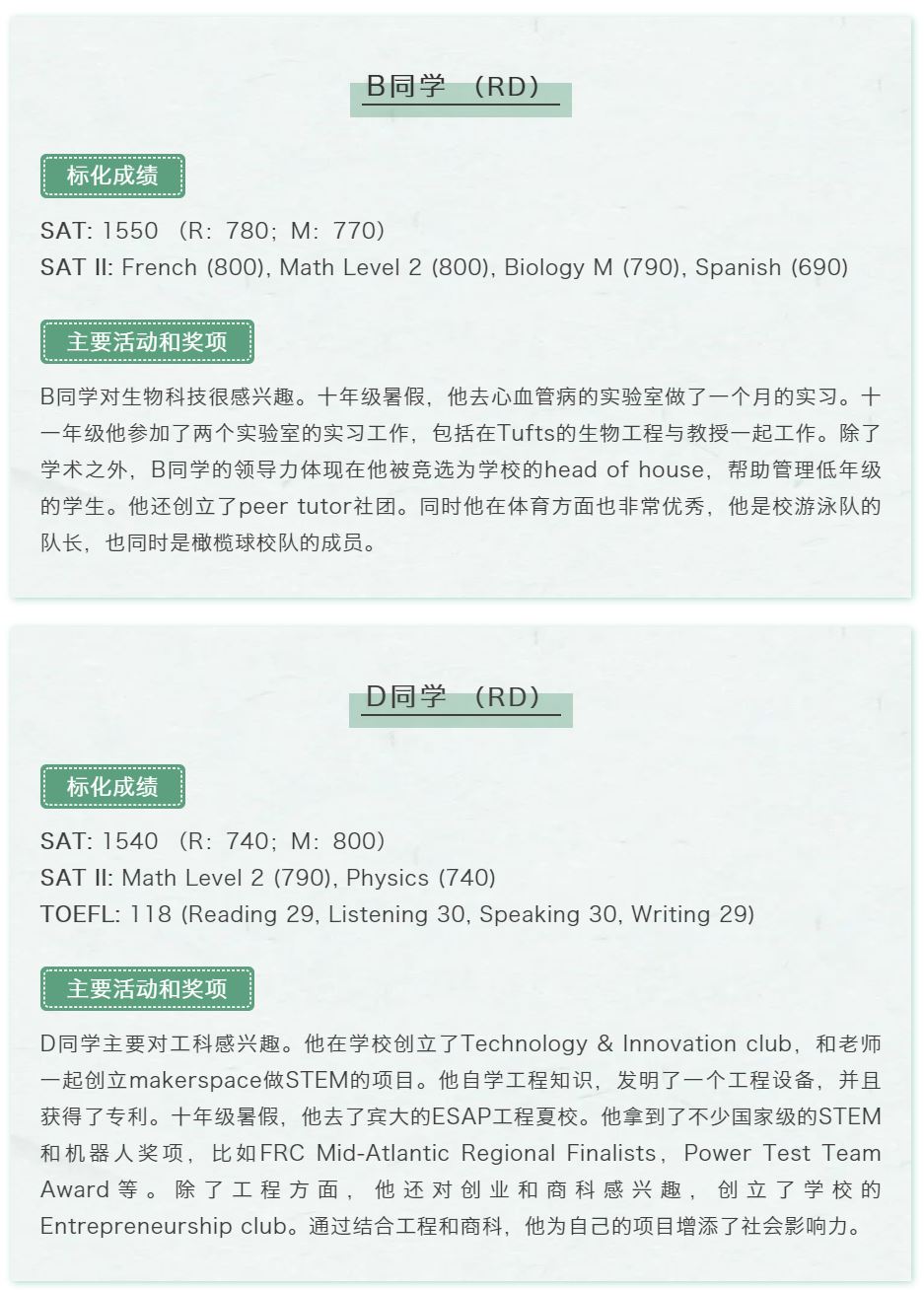 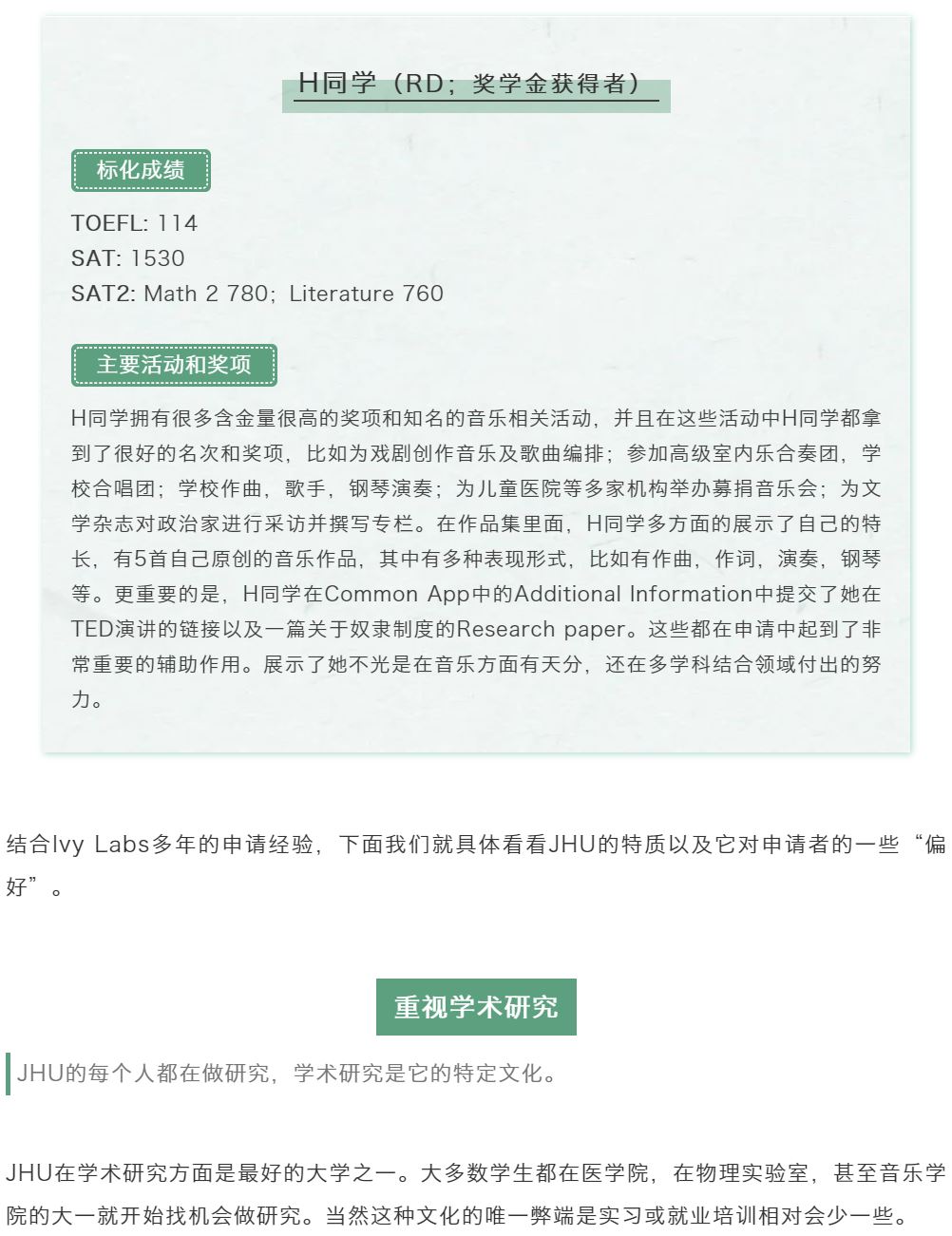 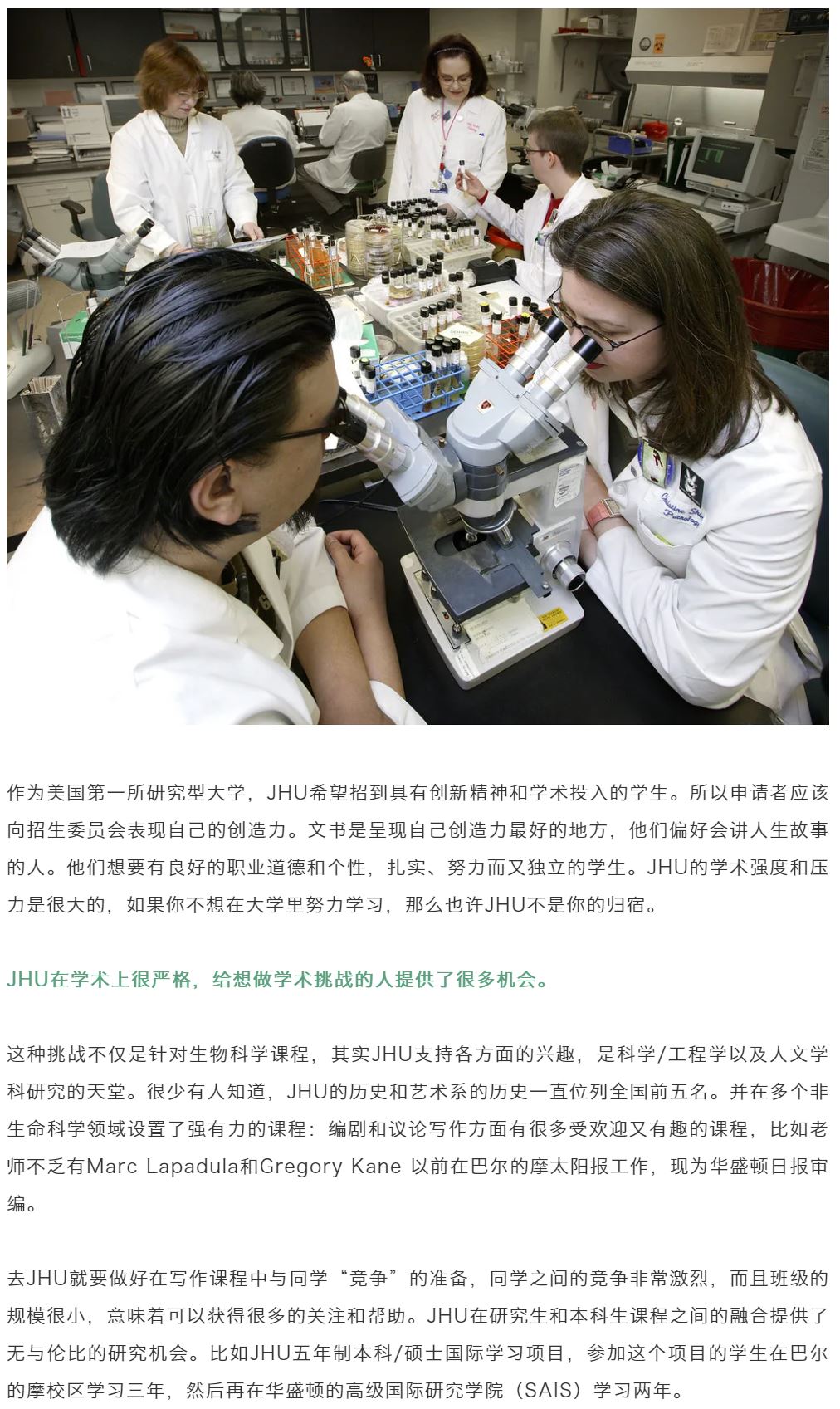 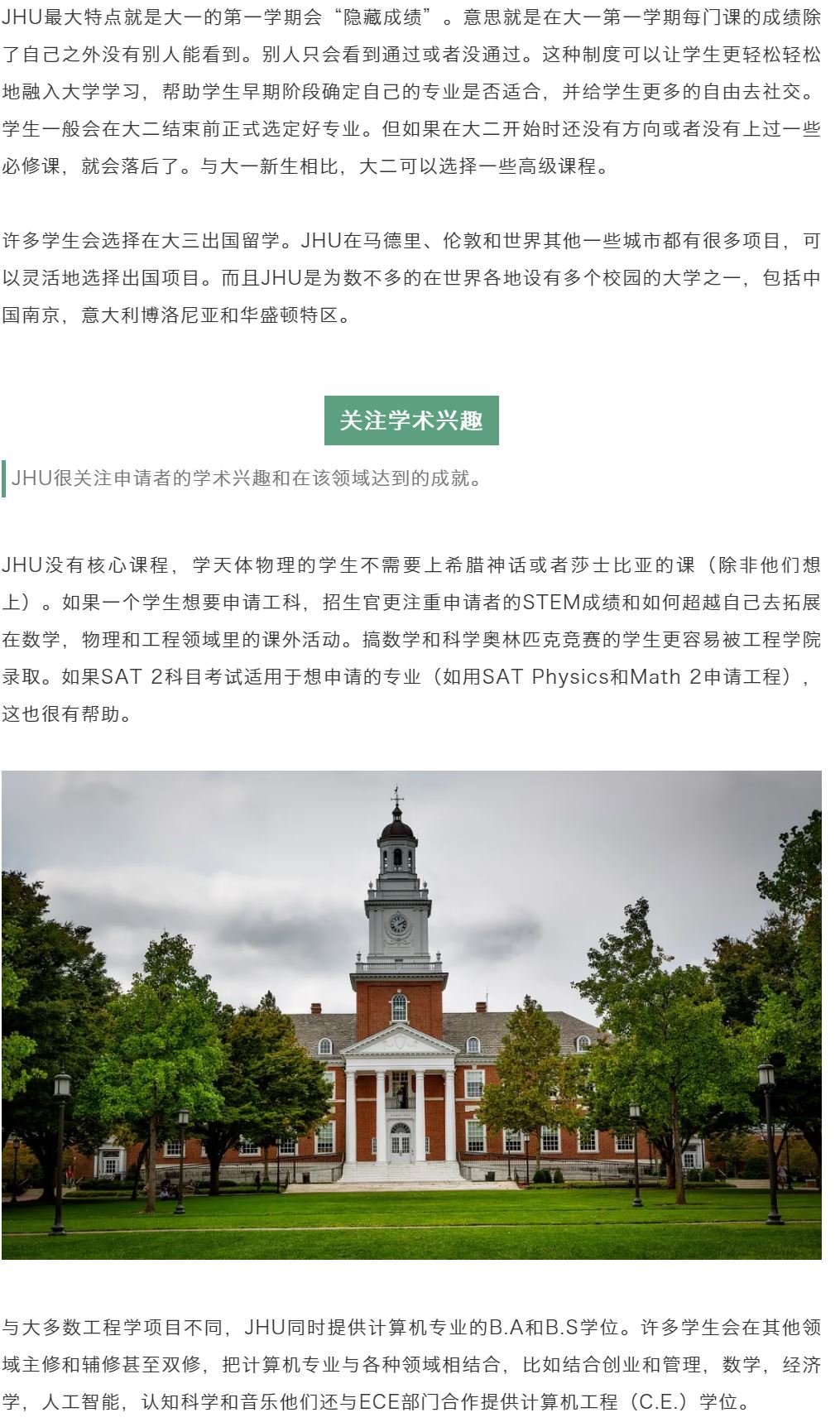 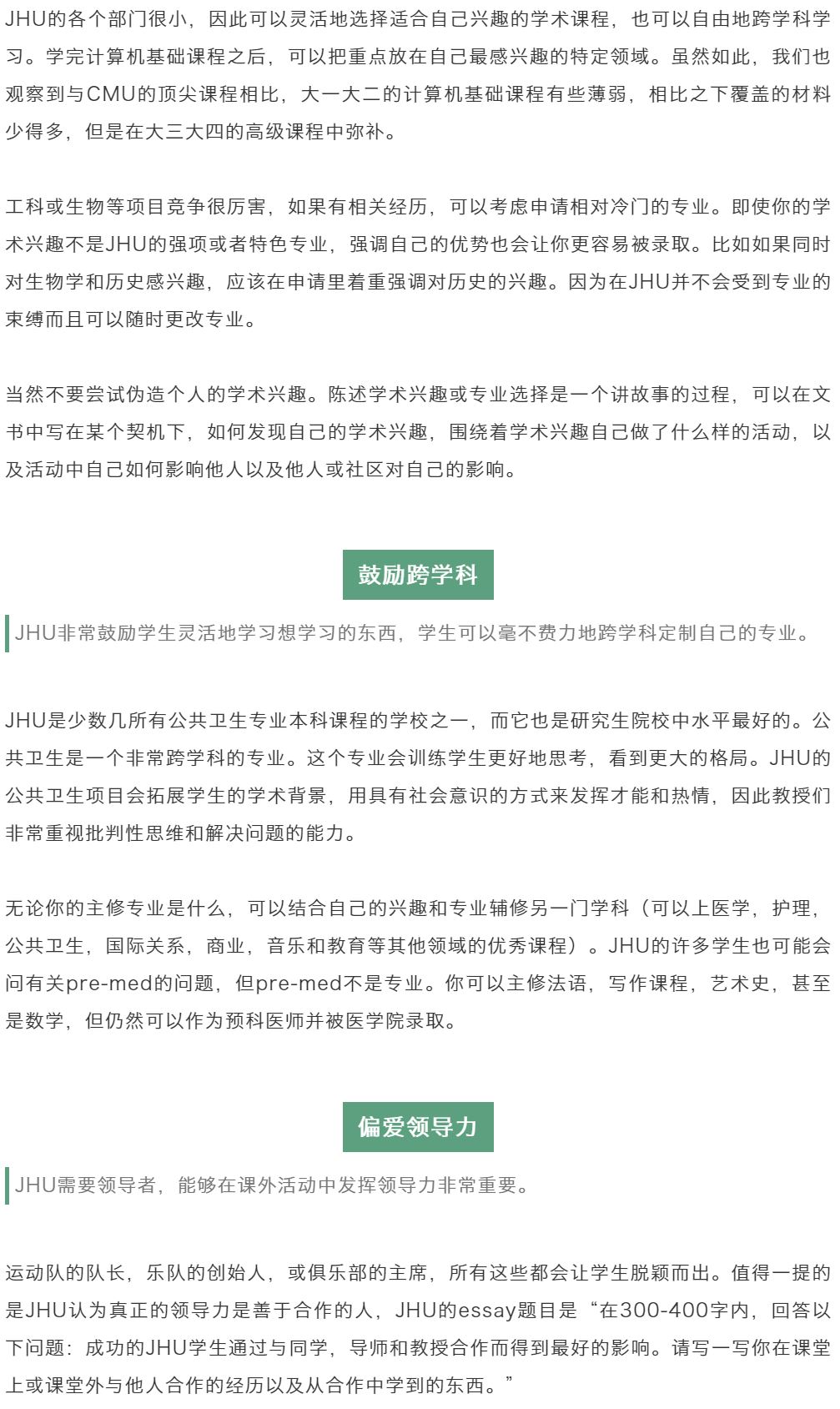 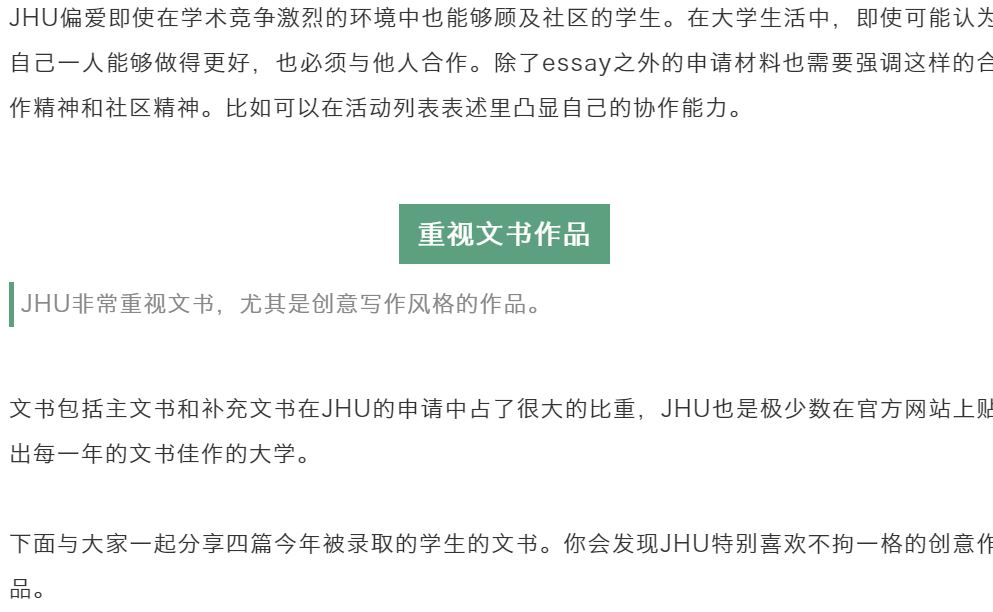 The bear was watching.
The water level within the canoe was rising.
We were sinking.
As the eerie tempest assembled across the horizon, a pelting rain pierced through the clouds and descended upon Lake Temagami. The turbulent tides collided against the hull, expelling Riaz, Greg, and me from our seats. Failing to recall the presence of life jackets, I grabbed onto the gunwale, hoping to restore balance.
The canoe began to topple.
“Don’t grab the gunwale!” gasped Riaz as he struggled to remove water from the boat with his palm.
“Riaz, you need to steer!” shouted Greg, peddling behind the yoke.
Without a paddler at the bow, a balancer at the center, or a steerer at the stern, our boat rotated in incessant spirals. As the “canoe party” reached its climax with thunder and rain-drenched teenagers, I browsed through the pandemonium.
I saw only heads, not faces.
The seemingly dire situation had sent Riaz and Greg into frenzied panic, each wholly fixated on their self-assigned tasks.
“Guys, pause for a second,” I squinted in the rain.
“What? We’re drifting further and further away from the group!”
Alarmed at the rapidly ascending waterline on the canoe, I raised my head and shouted: “STOP! NOW!”
Staggered by the deafening outcry of a typically calm and affable girl, my canoe-mates suspended their actions and turned their heads.
“The bilge pump,” I exhaled.
I quietly observed as their facial expressions transitioned from disorientation to comprehension to disbelief — we had forgotten the tool!
“We need a plan,” I suggested, “if each of us only concentrate on our own methods, we will sink.”
“I say we paddle back to the group first,” said Riaz after a brief period of silence, “I’ll steer.”
“I’ll take care of the pump,” volunteered Greg, “Jenny, can you paddle?”
“Let’s do this,” I breathed, tasting the flavor of the storm.
With coordination, the stagnant phase of the tempestuous voyage was disrupted. Once again, slowly but continuously, the fragile framework of the boat navigated and ascended amidst the tumultuous tides.
To venture in the wild, canoers must prepare for the capricious nature of the weather.
To collaborate, individuals must remain receptive to the unpredictable results of their work.
To thrust the canoe forward, the paddler, balancer, and steerer ply toward a common destination.
We are ambassadors amongst chaos, but we thrive amidst the turbulence: quelling the tempests.

Grandma doesn’t flush.
When I got home after a long day, grandma would make sure to have left me a hefty surprise. Why was grandma’s poop as black as night? The world may never know.
“So you have nothing to offer the revolution?” Grandma would ask me when I flushed her feces.
“Grandma, what does your poop have to do with the revolution?” I asked.
“Water is a precious resource. People are dying and... ”
“Nainai,” my mom said. “Times have changed. I can’t believe we’re having this argument about your poop again!”
This was a common scatalogical spat between us, and wasn’t the only example of my grandmother’s frugality inconveniencing us.
“Stop! Put that back in the fridge! I was gonna eat that for dinner!” I heard grandma shouting in distress.
“Nainai, these have been here for the past month! They’re frozen solid and moldy. It will kill you!” Mom said as she dumped tupperware chicken soups grandma had hidden in the back of the freezer. So many had accumulated over time, that grandma’s hoarding jig was up and mom needed space for edible food.
“Stop!” I yelled. Mom didn’t yield, chucking each tupperware into the trash while grandma scrambled through the bin to save her precious cuisine.
“You’ve never had any respect! I should’ve never spoiled you the way I did. My sister starve to death when she was…”
“Nainai, the only thing you’ve spoiled is this leftover chicken soup! I’m doing what’s best.”
“COMPOST!” I yelled.
Mom and grandma stopped dead in their tracks and looked at me confused.
“Huh?” said grandma.
“Your garden grandma. You want to start your garden again in the backyard? It's the perfect time of year for it.”
“Yeah I want to grow tomatoes.” She replied.
“Compost! We take your leftovers, put them in a wooden bucket, and overtime it will create rich soil out of which tomatoes will grow bigger and riper than ever before! We won’t waste any food.”
“We should’ve done that during the famine…” Grandma replied, solemnly.
“We can do it right now.” I replied.
After a pause, mom began helping her grab the tupperwares out of the bin.
They say in China that three women make a play. While our play is sometimes a collaboration comedy, and sometimes a tragedy, this scene had a happy ending. Grandma’s new tomatoes added a fresh flavor to her chicken soup.

As a child, I loved Roman and Greek mythology. I knew all the gods and their duties by heart and as a girl would draw pictures of them on the walls of my bedroom. There was however a second tier of Gods: the underdogs, or undergods, and among them was the Goddess Eris.
Eris was always up to no-good. She was always starting trouble, and in a clever way. Eris you see, was the Goddess of discord, and she loved to start arguments and then sit back in her thrown and watch them people hash them out. Bloodsport wasn’t really her style though, because she usually preferred the sport of verbal argumentation, which the Greeks, with Socrates and Plato, were good at anyway. And Eris was clever: all Eris did was give people ambiguous messages.
In any event, you ask, why am I writing about some old, Greek goddess in a throne? Because it was almost coincidental and as if Eris had entered the chat room when I and a team of four other young scholars decided to help edit a series of textbooks and translations of Greek and Roman classics and poetry authored by Yale professors for Chinese students. Michael suggested Eris be depicted brandishing a sword.
“A sword of discord!” He loved his own pun and rhyme.
But we explained that as a woman she was dis-inclinded to like bloodshed, even though some scholars did blame her for starting the Trojan War.
“A thunderbolt instead,” Meimei said.
“But that’s too much like Zeus,” I interjected.
We finally decided that she should hold two pens, one in her left hand, and one in her right hand to symbolize the contradictory and ambiguous messages she was sending her subjects. Finally, after much discussion, we came to an agreement about how to depict her in our series.
Collaboration is usually thought about in the context of sports or clubs, but when scholars work together they have to take into account the different informed opinions of their co-authors and come to a holistic compromise.What happened to the days when one could challenge an opinion without evoking an emotionally charged reply? Eris’s joy in the art of debate is a spirit I believe our generation can learn from. I hope this message comes through loud and clear about our friendly quibble, and not subject the trickery of one of Eris’ many riddles.

“Nothing will make us quit,” I replied to the usually jolly but always facetious, maintenance technician, Uncle Darren, as he said, “You’ll quit before the end of the first week!” teasing.
“Don’t think you can sneak down to kebab at midnight, cause I’ll be there, biting into a juicy, cheesy shawarma. MMM!”
“You're wrong Darren. Us Vegan Challenge Kids will never quit.”
On day four, I made plans to quit. My unsatiated appetite whispered sweetly in my ear. “You know you want beef chili.”
Darren spotted me in the hallway.
“Hey kiddo, you look like you haven’t eaten in days! Well… meat at least.”
“Not funny, Darren. You were right. This is hard. There's gotta be something we can do.”
“Once vegans can top prime rib, give me a call.”
“Before we actually have that, what about the gardens, Darren? We plant produce there every Tuesday anyway; we’ll just work harder this time!”
Us Vegan Challengers rolled up our sleeves and descended into the school valley. Everyone got their own plows and watering assignments.
“Wait, look, there are barely any pollinators around; no wonder why our plants are withering.”
“Let’s build something to welcome them!”
We looked up online and found a manual to building a “bug hotel.” After scavenging through the pile of waste material next to the valley, each of us carried a handful of wooden planks and bamboo sticks.
With the help of the school’s design technician, we quickly designed the structure, nailed the planks together into hexagonal frames, and filled it with countless bamboo sticks and smaller wooden blocks with holes drilled through them. We also constructed a pole to hang the bug hotel in the middle of our plots.
While we plowed and watered our plants as always, many guests decided to check in to the bug hotel. Our organic structure turned out to be a utopia that, within a week, was sprawling with busy, happy families of an array of species. Many of them were pollinators, bees and a great variety of flies, which were really good for the produce business. Watching them flying in and out of the bug hotel, and landing on our plants, our hope for a better harvest became a reality.
Chewing my newly picked carrot stick, I excited showed Darren our accomplishment, “See? I told you we would make it!”
Interdisciplinary? Interspecies! 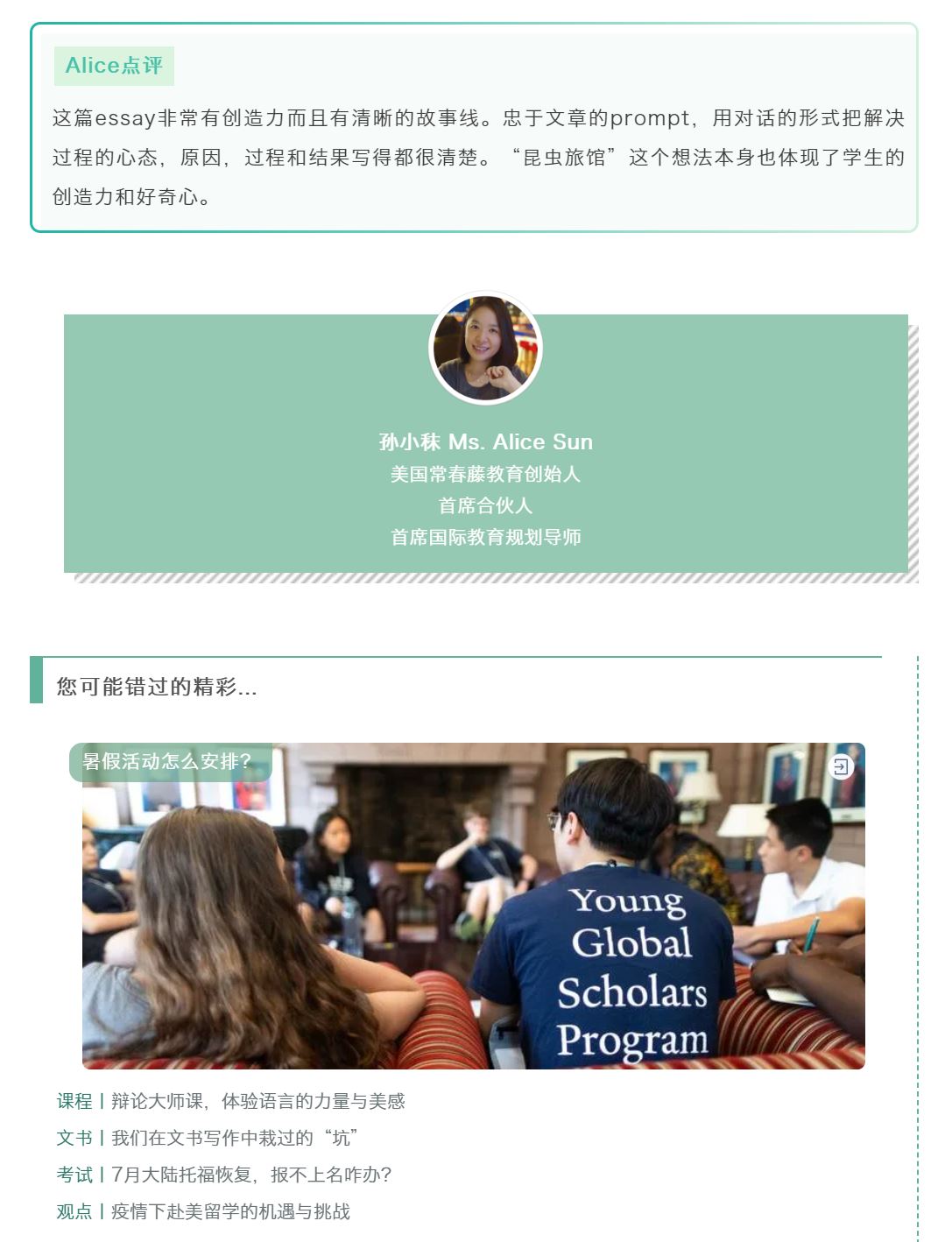 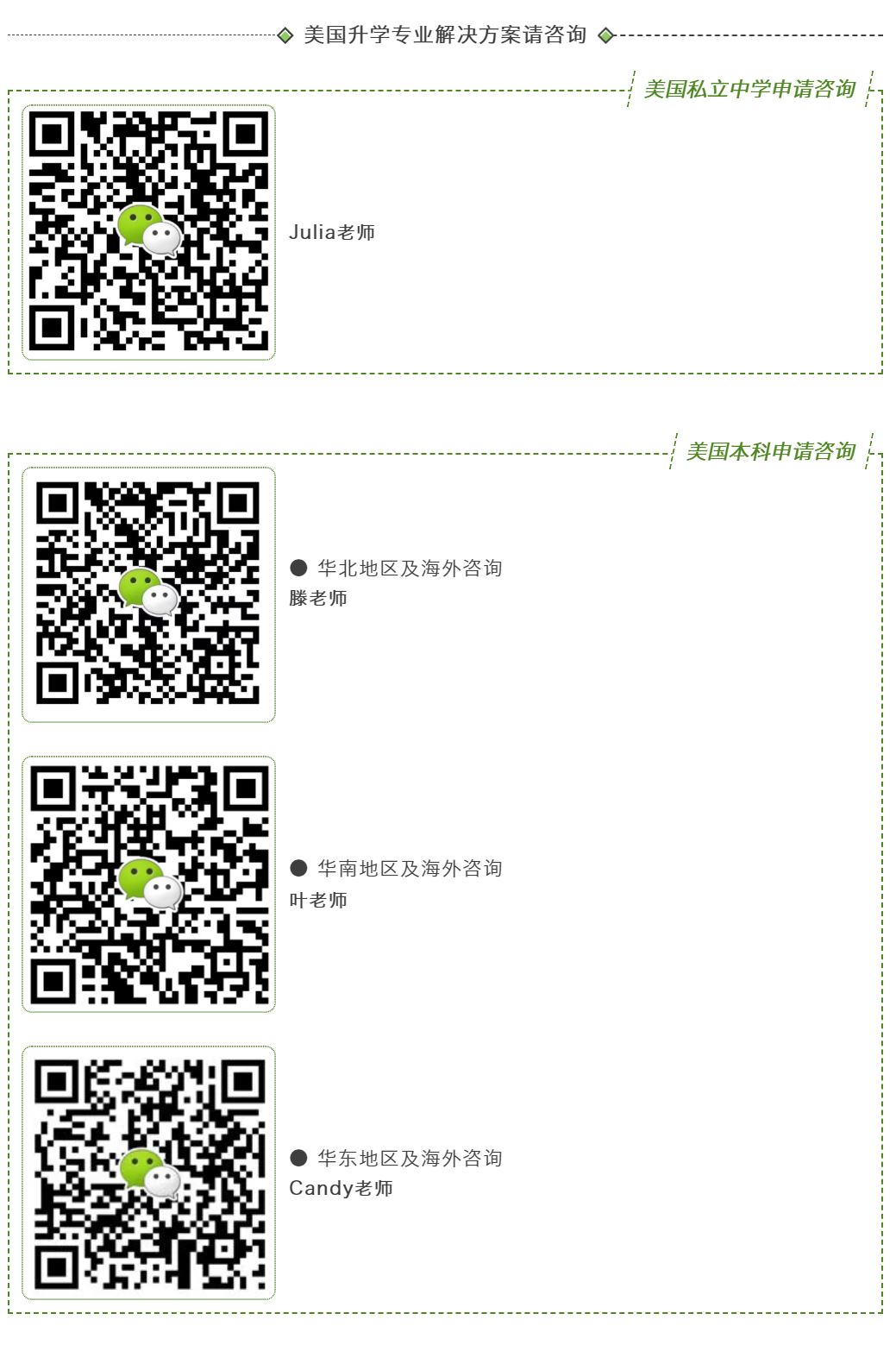 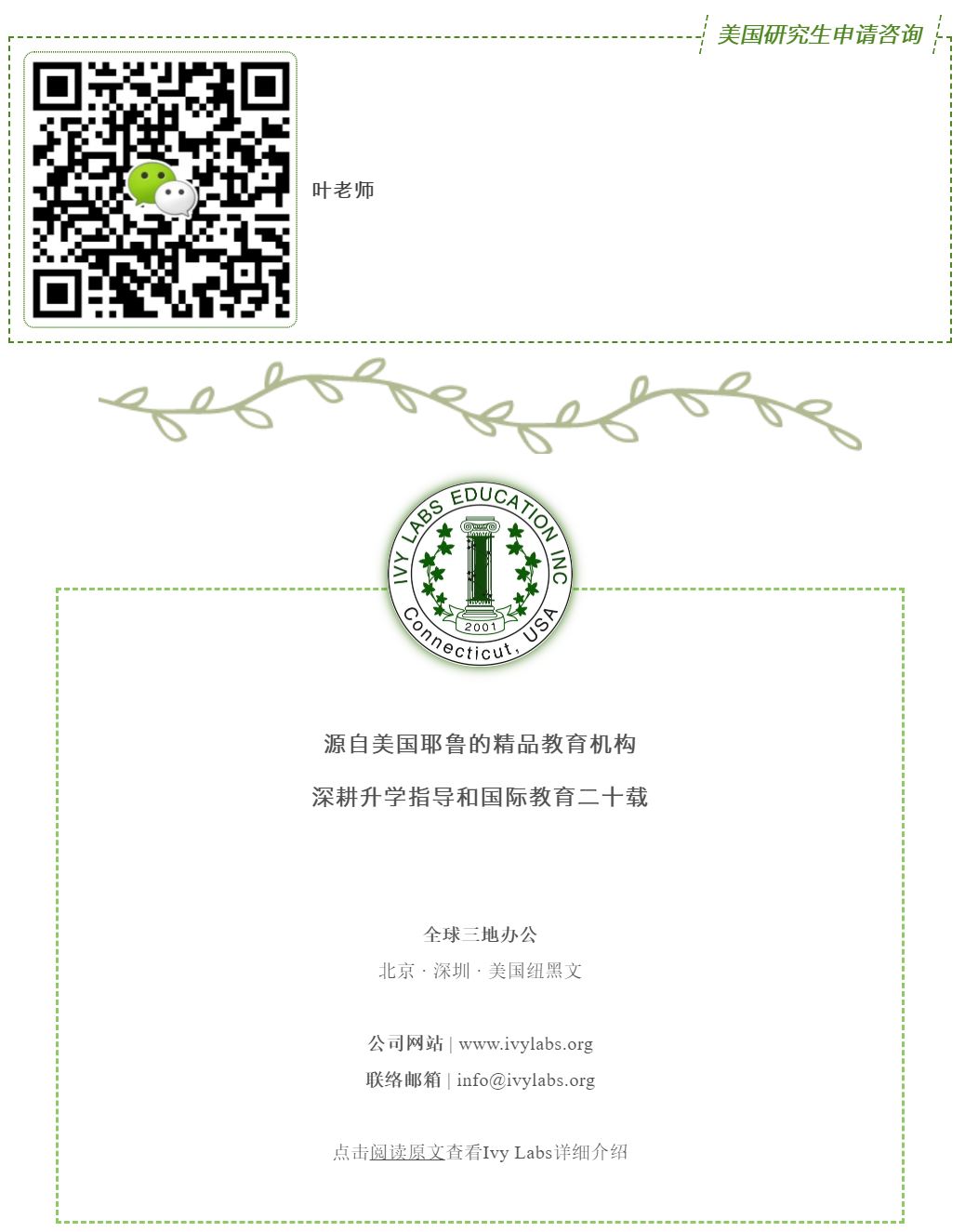 We're sorry. You must be signed in to continue. Sign In or Register
×

Are you sure you want to remove from your Block List?
×

When you block a person, they can no longer invite you to a private message or post to your profile wall. Replies and comments they make will be collapsed/hidden by default. Finally, you'll never receive email notifications about content they create or likes they designate for your content.
Note: if you proceed, you will no longer be following .
×
Link copied to your clipboard.
×
Loading...